Every Student. Every School. Every Day. DONATE! 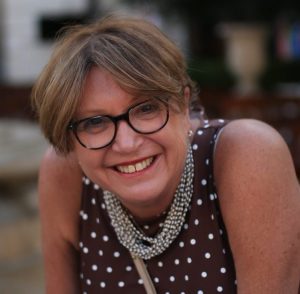 This year we launched a new scholarship, the Angela Parris Rose City Scholarship.  The scholarship was named in honor of Angela Parris for her longtime and devoted work at the Pasadena Educational Foundation. Angela dedicated more than 16 years serving the students and teachers of the Pasadena Unified School District. Her humor, compassion, and leadership will be missed as she embarks on a new phase in her life in retirement.

The annual award will go to a graduating Rose City senior who has overcome significant obstacles to succeed academically, and who is planning to pursue a college education. The award is renewable for up to four years as the scholarship winner progresses through college.

The inaugural recipient of the
Angela Parris Rose City Scholarship is
Angela Delgado.

Angela  is the youngest of four siblings. She lives with her sister, since both of her parents have passed away. Losing her father was a very traumatic experience for her since she was only eight years old. Her mother died three years ago. At the time her mother was suffering from a terrible illness, she was trying to cope with the situation, and deal with school and trying to keep her grades up. It was a struggle, but she managed to push through. At Rose City, Angela learned to be an advocate for her education showing resilience as she overcame some tremendous obstacles. She honored her parents in her graduation speech as valedictorian, because they played a significant role in her motivation to graduate.

Angela is now 18 years old, and currently attending Pasadena City College. She plans to finish her general education at PCC, and then move on to a university that offers a Criminal Justice major.

READ MORE OF OUR STORIES >

Help Create a Bright Future for a Rose City Student

College Scholarships are just one of the many ways the Pasadena Educational Foundation helps to create a vibrant and enriching educational experience for all public school children in Pasadena, Altadena, and Sierra Madre.

Your ticket for the: Angela Parris Rose City Scholarship