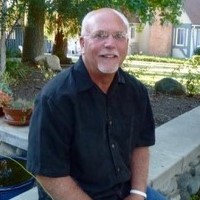 Rick Kidd, a second generation local, attended Pasadena Unified schools before graduation from Pasadena High School in 1964. The only time Rick has lived outside of the area was during his four year enlistment in the U.S. Air Force. Upon discharge, he returned to finish his A.A. at Pasadena City College before transferring to CSULA where he earned a B.A. in Political Science.

Rick worked in middle management for many years, including at the American Diabetes Association of So. California, the Transamerica Life Insurance Company, and RUSCO in San Gabriel. Rick earned his M.A. in Marriage and Family Therapy in 1987 from California Family Study Center in Burbank, CA. Upon receiving his license in 1990, Rick established a private therapy practice in Pasadena/Sierra Madre, where he served individuals, couples and families for 30 years before retiring.

Rick credits his long association with All Saints Church and Sierra Madre Community Nursery School for inspiring his community and school engagement. Through All Saints Church, Rick participated in multiple peace and social justice programs which included leading a support group for persons with AIDS and participating in the planning group of City Conversations, an outreach project of the Office of Creative Connections, to bring a diverse group of people together to identify problems and solutions impacting the City.

Rick served on the board of the Sierra Madre community Nursery School, a parent co-op, where his wife, Myrna, taught for 40 years, as well as being on the board of Hathaway-Sycamores. Recently, after 20 years, Rick retired from the board of Bartimaeus Cooperative Ministries, an ecumenical non-profit, providing a platform for non-traditional ministries focused on collaborative work around liberation, nonviolence, and mutual aid, of which he was a founding member.

Today, Rick focuses his time on volunteering at his granddaughter’s school, Sierra Madre Elementary. Rick is excited to bring his lifelong commitment to our local community to the PEF Board.

Your ticket for the: Don Benito Fundamental: Rick Kidd