President and The Hettema Group 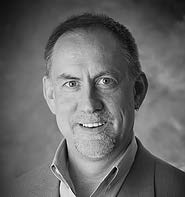 Phil Hettema is the President and Creative Executive of The Hettema Group (THG). With a distinguished 30- year legacy in themed entertainment, Phil leads a world class team of experience designers, architects, and media producers known for creating uniquely compelling guest experiences with great emotional resonance. Notable projects include One World Observatory at One World Trade Center; the High Roller Observation Wheel at The LINQ, Las Vegas; and Beyond All Boundaries at the National World War II Museum, New Orleans.

Phil is an alumni of ArtCenter College of Design, instructed courses at the institution and endowed a scholarship for Enivronmental Design. He has been a guest lecturer at Carnegie Mellon University, USITT, IAAPA, KIN, ICOM, SIGGRAPH, and at the TED Conference. Phil holds four patents for entertainment technology solutions and has been honored with numerous Thea awards from the Themed Entertainment Association (TEA) including Theas for One World Observatory (2016), Beyond All Boundaries (2010), FiestAventura (2000), The Amazing Adventures of Spider-Man (2000), Universal’s Islands of Adventure (2000), and Terminator 2:3D (1997).

Your ticket for the: Pasadena High School : Phil Hettema