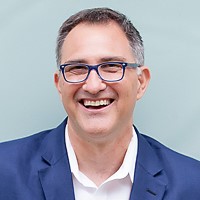 Pablo has over 30 years experience in the visual communications field, including serving as Production Coordinator on Cedar Grove Productions’ Academy Award-winning short film Visas and Virtue and Co-Producer on their Emmy-nominated short film Day of Independence. As a writer, Pablo was runner-up for the 1998 Los Angeles Independent Film Festival Production Grant and a finalist for the 1st Annual Nickelodeon Writer’s Fellowship in 2001. In 2006, he produced, directed and edited a twenty part series on the World Cup in Germany for local Los Angeles TV. In 2008, Pablo founded Arroyo Seco Films to make socially important films and videos. The first film under the Arroyo Seco Films banner was the award-winning feature documentary “Gringos at the Gate”. Also, Pablo has written and directed the acclaimed documentary “Can We All Get Along? The Segregation of John Muir High” originally released in 2019. PBS broadcast a feature version of the film in 2022. Independently, he has produced, written, edited and directed several DV short-shorts, educational shorts and on-line interactive marketing materials for clients including: Quisic, University Access, AIG Insurance, Zenalta, Louis Vuitton, NHK Japan and Intomotion. While at UCLA Film School, Pablo won both the “Spotlight” and “MPAA Student Filmmaker” awards as a producer/ writer/ director for his short The Hammer. In addition to his MFA from UCLA School of Theater, Film and TV Pablo has a BA in Communications from Sonoma State University.

Your ticket for the: McKinley School: Pablo Miralles