Special Assistant to the City Manager, City of Pasadena 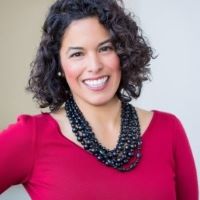 Michelle Garrett has worked for the City of Pasadena for the past 19 years and was recently promoted to the role of Special Assistant to the City Manager. Michelle has managed a variety of projects including the City’s Early Child Development & Early Learning Task Force, on-location film program, Arroyo Advisory Group, guided the launch of Innovate Pasadena and managed its inaugural innovation week festival, managed city operations for the annual Tournament of Roses Parade, Amgen Tour of California, marathons and more. Michelle was instrumental in designing marketing campaigns to support Pasadena’s business community through which over 8 million media impressions were generated and there was $500,000 in earned media revenue. Michelle has been honored for her community service by the Pasadena Police Department and recognized by Pasadena Magazine as one of the Top 50 Inspiring Leaders in the City. She is a member of the Leadership Pasadena Alumni Network and is the city’s representative on the Old Pasadena Management Board of Directors. Michelle studied Politics at Princeton University and earned her MPA with distinction from CSUN.

Your ticket for the: Hamilton Elementary: Michelle Garrett