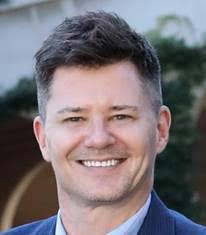 D. Jason Lyon serves as Litigation Counsel to Pasadena’s oldest law firm, Hahn & Hahn LLP. His practice focuses on commercial, trust, and employment litigation. He earned his BA in film and television from the University of North Carolina at Chapel Hill and his J.D. from the UCLA School of Law. He was a member of the Law Review, a Michael T. Masin Scholar, and graduated Order of the Coif. Mr. Lyon’s article, Revolution in Progress: Third-Party Funding of American Litigation, was published in 2010 and remains a frequently cited source on the growing litigation finance industry. He is also a recipient of the prestigious Federal Bar Association Judge Barry Russell Award. Mr. Lyon is a member of the Pasadena Bar Association, the Los Angeles County Bar Association, the State Bar of California, and the American Bar Association. He is admitted to practice in all courts in the state, the Ninth Circuit Court of Appeals, and the Northern and Central district courts. He presently serves as the president of the Board of Directors of Young & Healthy, a nonprofit which provides access to high quality health care at no cost to uninsured and underserved children in the Pasadena area. He previously served on the Vestry at All Saints Pasadena, where he was Senior Warden from 2016 to 2017. He also serves as a member of the City of Pasadena’s Historic Preservation Commission.

Your ticket for the: San Rafael Elementary School : Jason Lyon