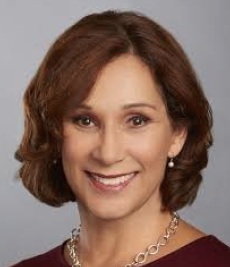 Zavala began her career at KCET in 1987 and has reported on critical topics in the region such as the election of L.A.’s first Mexican American mayor, Antonio Villaraigosa, the tragedy of 9/11, the Democratic National Convention in 2000, homelessness and much more. The winner of 18 L.A. Area Emmy® Awards and eight Golden Mikes, Zavala recently received the Walter Cronkite Award for Ballot Brief, her informative digital series on California’s ballot measures in the 2016 election.

“Val Zavala is a true Southern California treasure,” says Juan Devis, Chief Creative Officer of KCET.
“In her 30 years as a journalist covering our region, she has shaped a legacy defined by truth and integrity, and built legions of devoted fans along the way by putting community first,” says Devis.

Although many viewers know Zavala from her work as an anchor for the last 10 years, her legacy at the station goes beyond her on-screen talents. From 2014 to 2017, she was executive producer on KCET’s award-winning news magazine show, “SoCal Connected” and also served as the station’s Vice President of News and Public Affairs.

From 1999 to 2008 Zavala was a reporter, producer and anchor for KCET’s weekday news program “Life and Times” in addition to several other news specials and series such as, “Town Hall Los Angeles” and “Bracing for a Quake: A Survival Guide”, among others. Outside of the newsroom, Zavala is an active community leader. She was honored by Hispanic Americans for Fairness in Media and named one of the 100 most influential Latinos by Hispanic Business magazine. She also serves on the board of Alzheimer’s Greater Los Angeles and is a regent for Mount Saint Mary’s University.

Your ticket for the: Eliot Arts Magnet Academy: Val Zavala