Pasadena, CA—We are proud to announce the election of seven new members to our Board of Directors: Karen Burgess, Karina Montilla Edmonds, Carina Jacob, Richard Kidd, Steven Miller, Mabell Garcia Paine, and Patrick Zarifian. The election was held at the April 19, 2022 Board of Directors meeting via Zoom and new board members officially began their tenure at the June 29, 2022 Annual Board Meeting.

“The Pasadena Educational Foundation is excited to add seven outstanding individuals with diverse skills and backgrounds to our Board of Directors,” said PEF Board President Luisa Rengifo. “Their expertise, energy, strength, and professional experiences will be great assets to our leadership in supporting public education. We are honored Karen, Karina, Carina, Richard, Steven, Mabell, and Patrick have selected to serve on the PEF Board and we look forward to their contributions.”

PEF is led by a diverse group of volunteer board members who are deeply rooted in our community, committed to the mission of the organization, and passionate about public education and our Pasadena Unified schools. Board members are business and civic leaders, educators, parents, and professionals who collectively work toward PEF’s mission to achieve excellence and equity for all our PUSD schools. 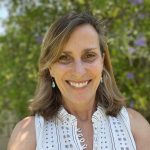 Karen Burgess was born and raised in Pasadena, Karen is a proud PUSD alumna – having attended Allendale, Jackson, McKinley, John Muir. She went on to earn a BA in Psychology and German from Smith College, a MA in Communications from University of Pennsylvania and is a recent graduate of the 2022 Leadership Pasadena Program.

As a product/program management executive, she began her career working for Caltech start-ups here in Pasadena. Most recently, she  spent 20 years leading Business Solutions for The Walt Disney Company’s Brand Management team. Karen was an active PUSD parent volunteer throughout the school years of her daughters, Hayley and Kinsey, who both graduated from Pasadena High School.

Along with her husband, Tim, Karen has been a long-time supporter of PEF. Excited to roll up her sleeves and help the PEF Board with key initiatives; Karen feels strongly that strong public schools are critical to the wellbeing of the community. 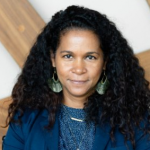 Karina Montilla Edmonds is a globally recognized visionary leader in the field of innovation, technology transfer, and commercialization. She currently serves as the Senior Vice President and Global Head of Academies and University Alliances at SAP, a multinational software corporation with offices worldwide.

Prior to joining SAP, Karina was the Global Lead for Cloud AI at Google where her primary role was to facilitate research collaborations in AI between Google Cloud and top academic researchers. Karina came to Google from California Institute of Technology where she served as executive director for corporate partnerships. She also worked in the Obama administration, where she was appointed the first technology transfer coordinator at the U.S. Department of Energy and served as a member of the White House Speaker Bureau to promote STEM careers to women and girls.

Karina earned her master’s degree and Ph.D. in Aeronautics from California Institute of Technology and her bachelor’s degree in Mechanical Engineering from University of Rhode Island.

She resides in Southern California with her three daughters, all of which, have a strong interest in STEM. 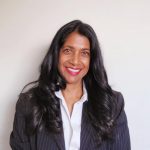 Carina Jacob is the Diversity, Equity, and Inclusion (DEI) Director for the League of Women Voters for the Pasadena Area.  She also serves on the League’s Communications Committee.  She has served as a Board Member of the John Muir High School Alumni Association (JMHSAA) for 18 years.  Currently, Carina is the JMHSAA’s acting Fundraising Director and Co-Campus Pride Director.  Carina is past President of USC’s Trojan Junior Auxiliary.  She is also a member of USC’s Town & Gown and Trojan Guild of LA.

As an alumna of John Muir High School, Carina has been active by being on Muir’s School Site Council, a member of Muir’s PTSA, and reviving Muir’s Interact Club in 2016.  Carina’s passion to help students is seen as she assists Interact members with planning and participating in community service projects as Interact’s Co-Advisor.  She also helps plan Interact meetings that teach students about how to apply for scholarships and learn about life skills.

Carina attended Pasadena Unified School District for K-12th grades.  She attended Burbank Primary School, Washington Elementary School, Eliot Jr. High, and John Muir High School.  Carina earned her bachelor’s degree from the University of Southern California in Communications and minored in Sociology.  At this time Carina is earning her Masters in Public Administration from the University of Southern California. 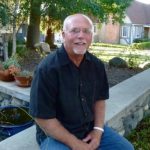 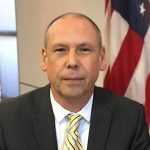 Steven R. Miller, Ed.D. began his career over 34 years ago in the Los Angeles Unified School District as a teacher of mathematics.  He later moved to the Antelope Valley where he was a teacher, Dean of Students, and an Assistant Principal for the Antelope Valley Union High School District.  Dr. Miller came to Pasadena Unified School District (PUSD) in 2002 where he was hired as the Principal of Marshall Fundamental Secondary School.  He remained at Marshall Fundamental for six (6) years and often shares these were the most rewarding  years of his career serving the needs of the students, staff, parents, and the community.

Dr. Miller was later asked to consider a move to serve as the Director of Human Resources for PUSD. He remained in this position for 5 years until he left PUSD for Lawndale Elementary School District where he served as an Assistant Superintendent and later the Deputy Superintendent, Human Resources.

Dr. Miller returned to PUSD in 2018 as the Chief Human Resources Officer.  As a resident in Altadena for 12 years, it has been a pleasure to  support the school district and the community. 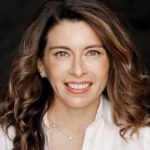 Mabell Garcia Paine is the President of Viridis Consulting, a Pasadena-based clean energy consultancy certified as a Minority Woman-Owned (MWBE) and Small Business (SBE) firm. Her expertise is in program design and customer engagement across a variety of distributed energy resources such as energy efficiency, demand response and decarbonization efforts such as building and transportation electrification.

Through Viridis, Mabell and her team’s mission is to create innovative new ways for all people to live and work in a cleaner, greener world.

Mabell is a native Angeleno raised in the Pico-Union neighborhood and has lived in Pasadena for over 20 years. She previously served on the board of Heritage Housing Partners and as a chairwoman of two Huntington Hospital SCRUBS fundraising efforts. She received a Bachelor of Arts degree in Liberal Studies from California State University, Northridge and a Master of Science in Entrepreneurship and Innovation from the University of Southern California. Mabell lives in the Caltech neighborhood of Pasadena. 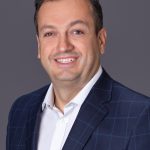 Patrick Zarifian is the Chief Experience Officer at the $4.2 Billion California Credit Union located in Glendale CA. Patrick is a 24-year veteran of the financial services industry and was hired at California Credit Union in 2007. Through his career, Patrick has served in progressive management roles in commercial banking, lending, and retail. California Credit Union has been serving the education community since its inception in 1933, and for the past 15 years Patrick has had an essential role within the organization in supporting partnerships with various school districts in Southern California, including PUSD.

This last spring, Patrick served as one of six judges for CCU’s Scholarship program, awarding 10 scholarships of $1,000 to high school students in Los Angeles county. Patrick graduated from California State University Northridge with a Bachelor of Arts in Economics and a minor in Marketing. He and his wife, Magda, have two children, Nathan (15) and Talia (13). As a family, they enjoy their outdoor activities such as hiking, cycling, and paddle boarding.

Your ticket for the: Pasadena Educational Foundation Announces 7 New Board Members